What does “homeless” mean to HUD? 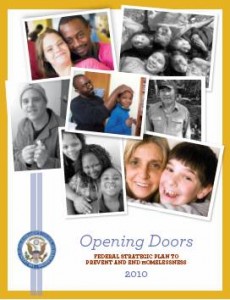 With the release of Opening Doors: The Federal Strategic Plan to Prevent and End Homelessness, it’s been a busy week at the Law Center. We’ve commented for print media and spent time taping radio interviews. You can find our take on the plan here.

But while lots of people are thinking about the plan, it’s equally important to look at the actions federal agencies are taking to address the issue of homelessness. Plans are promises to undertake future activities; actions are concrete steps being taken now – steps that will affect people’s lives. So it’s particularly interesting that as the plan was being released we were also busy submitting comments to HUD on the agency’s proposal for implementing the expanded definition of “homeless” contained in last year’s HEARTH Act.

How much to expand the definition was a tough legislative issue. Advocates, congressional staff, and Members of Congress themselves – all of whom shared a goal of ending homelessness – couldn’t agree on exactly how to do it. So Congress compromised, expanding the definition in important but limited ways. And we accepted that compromise in the interest of making progress, hoping that HUD would in turn offer a constructive proposal for implementing the new law.

The Federal Plan is a broad document – that’s one of the things we like best about it. Unfortunately, when the proposed definition changes came out in April, HUD had not actually interpreted the definition expansion broadly. Instead they worked to narrow the reach of the law – seeking to require written verifications when the law permits oral statements, and trying to limit language protecting people who live in all types of dangerous and unsafe conditions by only considering them homeless if the dangerous conditions relate to violence.

This is unfortunate – federal agencies are meant to implement the will of Congress, not find loopholes to make it harder for people in need to get assistance. HUD should review our comments, and the comments of many other advocates, and revise the proposed definition to more closely track the law. If they do not, it may be a sign that HUD’s actions won’t match the rhetoric of the Federal Plan.