Posted on December 15, 2010 by homelessnesslaw 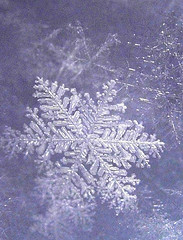 “Just remember this, Mr. Potter – that this rabble you’re talking about, they do most of the working and paying and living and dying in this community,” George Bailey said.  “Well, is it too much to have them work and pay and live and die in a couple of decent rooms and a bath?  Anyway, my father didn’t think so.  People were human beings to him.”

We live in a time when vehemence has displaced substance.  If a politician or a bank claims something loud enough and long enough, public scrutiny will eventually fade.

By the end of this year, the United States Congress will vote to extend tax breaks for the millionaires and billionaires who already possess most of our country’s wealth.  And across the nation, banks continue to sign off on foreclosures they haven’t even examined – kicking countless families out of their homes without verifying their legal right to do so.

“You sit around here and you spin your little webs, and you think the whole world revolves around you and your money.  Well, it doesn’t, Mr. Potter.”

Jimmy Stewart had a way of finding the thing we like about ourselves, usually when it was idle, and jarring it to life.

His seminal character, It’s a Wonderful Life’s George Bailey, wasn’t a perfect man.  He thought of abandoning Uncle Billy, felt envy for his brother Harry, and yelled at dear Zuzu in a moment of desperation.  But through it all, that basic thread of human decency endured.  When he acted, it was with the belief that he was serving a greater good.

The Bailey Bros. Building and Loan is an artifact of a dead system.  In one of the film’s most famous scenes, the depositors make a run on the bank.  George desperately explains to them: “You’re thinking of this place all wrong, as if I had the money back in the safe.  The money’s not here.  Your money’s in Joe’s house – that’s right next to yours.  And in the Kennedy house and Mrs. Macklin’s house and a hundred others.”

Nowadays, those loans would have been cut up and sold, each piece packaged together with pieces from other people’s loans to form a mortgage-backed security.  Today, George wouldn’t have a clue where their money was.

And we certainly wouldn’t hear these words coming out of a banker’s mouth in 2010: “Ed, remember last year, when things weren’t going so well – you couldn’t make your payments?  Well, you didn’t lose your house, did you?  We can get through this thing all right.  But we’ve gotta stick together.”

For too long now, our political and economic institutions have forsaken the two things most basic to the American psychology: fairness and compassion.  As noted on our blog in September, we have banks across the country – many of whom accepted federal bailout money – removing families from their homes at a rate of one foreclosure per minute.  What this means practically is that families’ cases aren’t even being reviewed.  Their lives are being ripped away from them, and banks won’t even bother reading the responsible documents.

And as social safety-nets continue to decay, denying homeless and poor people vital services, Congress is about to give the Mr. Potters of the nation a Christmas bonus: $82 billion in tax cuts.  The mere suggestion deserves our contempt.  If the last ten years taught us anything, it’s that kick-backs for the rich do nothing for our economy, but ebb away at the American ideals Frank Capra once captured.

People experiencing poverty and homelessness are getting a raw deal in this country.  And if George Bailey were around, I’m betting he’d scrunch up his face and agree with me.