Choosing Between Violence and Homelessness

Posted on February 10, 2011 by homelessnesslaw 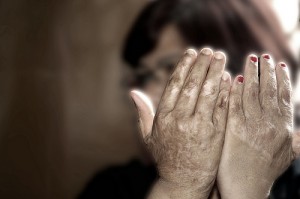 Before joining the Law Center, I provided legal assistance and representation to low-income individuals fleeing domestic violence.  I helped them obtain protective orders against their abusers, win financial support for their mutual children, and fight for child custody when necessary.

Finding housing – even temporary housing – was the first concern of most of my clients.  It was typically the biggest hurdle too.  Most clients just didn’t have the financial resources.  This reality was compounded by the fact that most domestic violence and homeless shelters are perpetually full – and there’s a dearth of shelters that are able to accommodate children too.

These experiences lingered in my mind this month when Rashida Manjoo, the United Nations Special Rapporteur on Violence Against Women, carried out her two-week fact-finding mission to the United States.  For the uninitiated, UN Rapporteurs are independent experts who investigate allegations of human rights violations against UN member nations.  They deliver their findings, and accompanying recommendations, to the UN Human Rights Council.

Ms. Manjoo visited cities, towns, and Native American Indian reservations across the U.S. to investigate the prevelance, causes, and consequences of violence against women in America.  She gathered facts on violence in our military and prisons, as well as domestic settings.  But above all, she looked at the response of the U.S. government – what it is doing (or not doing) to prevent and respond to violence against women through our laws, policies, and practices.

So, what does the Rapporteur’s mission mean for efforts to prevent and end homelessness in America?

We know that domestic violence is a primary cause of homelessness for women and children.  Women living in rental housing are four times more likely to experience domestic violence than women who own their own homes.  Further, while women at all socioeconomic levels experience violence, women living below the poverty line are more more vulnerable to and are disproportionately affected by domestic violence – all while having fewer means of escape.

The Law Center, in conjunction with a coalition of other advocates, briefed Ms. Manjoo on the intersection between domestic violence and housing and economic security, emphasizing that a more engaged federal government could drastically reduce the number of survivors who become homeless.

While the federal Violence Against Women Act (VAWA) protects domestic violence survivors living in some public or government-subsidized housing programs against discriminatory evictions and practices, it does nothing for survivors in private housing (and VAWA doesn’t even afford protections to domestic violence survivors living in all forms of federally subsidized housing).  As a result, many survivors are subject to varying state laws and to “one-strike” and/or “crime-free” practices wherein they are evicted as a result of having a police presence at their home, even though they were the victim of the crime!  Further, even if a domestic violence survivor is afforded VAWA’s protections, public housing authorities are inconsistent and erratic in their compliance with the law.

VAWA is up for reauthorization this year.  It is vital that its housing protections not be weakened, but rather expanded to include private housing and all federally funded housing.  VAWA similarly must be expanded such that these protections are afforded to survivors of sexual assault.  The U.S. also must make affordable housing options more readily available to all individuals, but particularly to domestic violence survivors.

Forcing survivors to choose between violence and homelessness is barbaric – and a clear violation of American women’s human rights.