Extra! Extra! Read all about it!

Posted on February 28, 2011 by homelessnesslaw 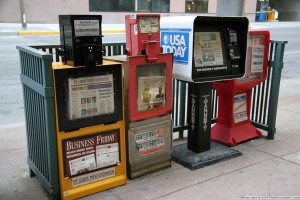 All of these are news headlines that have appeared in the last four months. Each is a different man, living in a different city.

These stories aren’t news because something was found and something returned. There are do-gooders who do this sort of thing all the time. These headlines draw our attention because the people doing this good are homeless. More than that, the good they’ve done means they’re turning down a chance to pocket some cash that could have been a tremendous help to them in this time of need.

Generosity doesn’t disappear with the loss of one’s home. Homeless people make sacrifices regularly, and not just to return lost wallets. Homeless parents skip meals so their children won’t go to bed hungry. Homeless people will frequently give resources they have obtained, whether blankets, food, cash, or something else, to a friend who is “worse off.”

This is an important reminder that homelessness is not an identity, it is a temporary condition. Homeless people are, first and foremost, people. Being homeless does not mean one’s moral judgment is poor, or even that his or her decision-making is poor; it just means he or she is financially poor.

Wide recognition of this truth is an essential part of the battle to end homelessness in our country.

It shouldn’t be “news” to anyone that people experiencing homelessness are capable of great things.

This entry was posted in Civil Rights and tagged homelessness, media. Bookmark the permalink.