A Spirit of Revolution

Posted on March 3, 2011 by homelessnesslaw 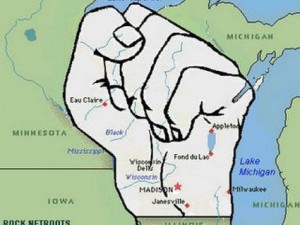 For the past month, a spirit of revolution has gained force both abroad and at home.  Days after mounting popular protests culminated in the disintegration of authoritarian rule in the Middle East, a parallel uprising has emerged on our own shores, translating once distant demands for democracy and economic opportunity into a familiar tongue.  In Wisconsin, Ohio, and Indiana, thousands of workers continue to rally in defense of the very protections that their parents and grandparents wrested from their own employers during similarly shaky economic times almost a century ago.

Historic times demand historic measures.  As Martin Luther King, Jr. cautioned, “one of the great liabilities of life is that all too many people find themselves living amid a great period of social change, and yet they fail to develop the new attitudes, the new mental responses, that the new situation demands.”  Like Rip Van Winkle, “they end up sleeping through a revolution.”

While King issued this admonition over thirty years ago, his words reverberate with renewed urgency today.  Like FDR before him, he understood that even at moments of crisis, such long-cherished guarantees as free speech, free worship, and freedom from political tyranny are meaningless in the absence of economic security.  “If a man doesn’t have a job or an income,” King noted, “he has neither life nor liberty nor the possibility for the pursuit of happiness. He merely exists.”

Amid growing state efforts to weaken employment protections, this vision of interlocking civil and economic rights is more relevant than ever.  If true liberty lies in freedom from want, then economic security can be no more negotiable than free speech or free worship, a concept embedded in the human rights principle of “progressive realization.”  In other words, once we’ve advanced along the path of economic justice, we can’t retreat in the face of an altered political landscape, however rocky it may be.

A hundred years ago, another gilded age came to an abrupt end as rich and poor together foundered on a vessel that symbolized the growing gulf between them.  As the winds of political and economic change continue to batter the employed and unemployed alike, policymakers can either doze at the helm of a similarly troubled ship or plunge into rough waters to stem the tide for those at greatest risk.  If history fails to guide them, perhaps the fictional fate of Rip Van Winkle will succeed.