When There’s No Alternative (Part II)

Posted on March 8, 2011 by homelessnesslaw 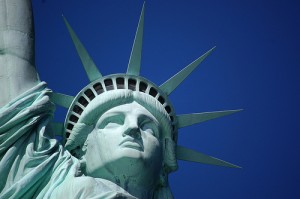 My father immigrated to this country as a refugee following World War II, believing, as many did, and continue to do, that the awful conditions he experienced in refugee camps would be left behind in the Old World. The poem on the Statue of Liberty that welcomed my father and countless others to the U.S. reads, “Give me your poor, your huddled masses yearning to breathe free… Send these, the homeless, tempest-tost to me, I lift my lamp beside the golden door.”

In last week’s posting, I talked about another international visitor to our shores, the UN Independent Expert on the Human Right to Water and Sanitation, Ms. Catarina de Albuquerque, who was conducting a mission to the U.S., and going to visit a tent city in Sacramento, CA. The testimony she heard there, put together by our partners at Legal Services of Northern California and Safe Ground was compelling, and the Independent Expert was moved to strong words in discussing it in her preliminary report, issued on Friday:

As a part of the mission, I examined the situation of the homeless with regard to access to water and sanitation. Up to 3.5 million people experience homelessness in the United States every year. In some U.S. cities, homelessness is being increasingly criminalized. Local statutes prohibiting public urination and defecation, while facially constitutional are often discriminatory in their effects. Such discrimination often occurs because such statutes are enforced against homeless individuals, who often have no access to public restrooms and are given no alternatives.

In Sacramento, California I visited a community of homeless people. I met Tim, who called himself the “sanitation technician” for this community. He engineered a sanitation system that consists of a seat with a two-layered plastic bag underneath. Every week Tim collects the bags full of human waste, which vary in weight between 130 to 230 pounds, and hauls them on his bicycle a few miles to a local public restroom. Once a toilet becomes available, he empties the bags’ contents; packs the plastic bags with leftover residue inside a third plastic bag; ties it securely and disposes of them in the garbage; and then he sanitizes his hands with water and lemon. Tim has said that even though this job is difficult, he does it for the community, especially the women. The fact that Tim is left to do this is unacceptable, an affront to human dignity and a violation of human rights that may amount to cruel, inhuman or degrading treatment. An immediate, interim solution is to ensure access to restrooms facilities in public places, including during the night.

That these conditions persist in 2011, right here in our backyard, in camps like those visited by the Independent Expert, belies our ideal of an America lying beyond that “golden door” and should shame us. Our governments not only condone the existence of these conditions but, rather than doing something constructive to alleviate the problem, criminalize those who have no choice but to live with their dignity impaired. This should move every American to demand better.

3 Responses to When There’s No Alternative (Part II)