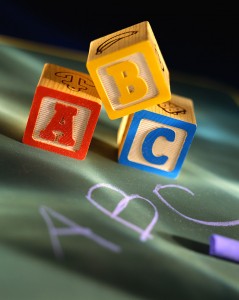 I woke up at 5:15 Wednesday morning in a downtown Seattle hotel.  As I struggled to get out of bed at such an early hour, I remembered why I was there – for an 8 a.m. meeting in Tacoma, with school personnel, government officials, and housing providers from across Pierce County, to talk about collaborating to provide housing and access to education for homeless children and youth and their families.  Early as it was, it was hard to justify even sleep as more important than this, so I got up and headed to the event.

When I got there I learned about lots of great things already going on in Pierce County, Washington, but I also learned that there was much work to be done.  Many people were meeting for the first time, even people who should already have been working together.  We heard about the challenges that everyone is facing right now – cuts to housing and school budgets, and school superintendents angry at rising homeless transportation costs, costs becoming more and more unpredictable as more families lose their homes and gas prices rise.

But there is a solution, and everyone’s starting to get it – it’s housing.  Kids in housing do better in school, and school districts don’t have to pay to put them on buses for hours a day.  One official noted yesterday that last year his district transported kids from four particular families at a cost of $4,000 a month.  He told the group that he could have housed all four families in apartments for less than that, except that “it just doesn’t work that way.”

It’s our job to make sure it does work that way going forward, and we will!  We’ll start by releasing a paper in the next few weeks, demonstrating that housing can cost less than school transportation, and we won’t stop until school districts, housing providers, and other key government policymakers are talking, across the country, about how to provide housing and education for all of this country’s homeless children and youth.