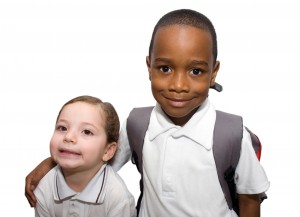 In Connecticut, the number of homeless students has risen 35 percent since the recession began, often forcing children from location to location with great frequency. But because of the McKinney-Vento Homeless Assistance Act’s education provisions, students such as homeless 13-year-old Alvarez Tutein can remain at the same school through their housing upheaval. Alvarez receives transportation from Bristol to his school in New Britain, and that academic stability gives him a rare constant in an otherwise volatile world.

The loss of a home can leave children without stable forces in their lives. But education should never be in flux.  “Mobile” students – those with two or more school changes in the previous year – perform significantly worse in reading and math, are 77 percent more likely to act out, and are 50 percent less likely to graduate high school. Worse still, an inadequate education has a snowball effect: those who fail to graduate high school are more than twice as likely to slip into poverty in a single year, live 9.2 years fewer on average, and earn $1 million less over their lifetimes than college graduates.

But as homeless children often need help enrolling and participating in school, and districts often need to be reminded of their McKinney-Vento obligations, the Law Center is re-releasing “Education of Homeless Children & Youth: The Guide to Their Rights.” This updated booklet – intended for parents and students, school personnel and social workers, and any and all advocates – clearly lays out homeless students’ McKinney-Vento rights and the steps necessary to fulfill them.

As the number of homeless children continues to rise – the most recent data available from the National Center for Homeless Education show a 41 percent increase in the number of homeless children enrolled in school over the previous two years – now is the time to step up our efforts to protect their rights. Students like Alvarez deserve our full support.

This entry was posted in Children & Youth. Bookmark the permalink.

One Response to Homeless Children & Youth: An Education