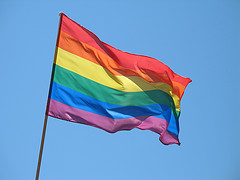 As national LGBT Pride Month draws to a close, advocates for gay and lesbian individuals have unprecedented cause for hope and celebration.  In 2011 alone, a remarkable succession of legal and legislative victories has already promised to reshape the civil rights landscape for this population, in matters ranging from employment to parenting to immigration.  From the Obama administration’s disavowal of the Defense of Marriage Act and suspension of same-sex spousal deportation proceedings to the passage of historic legislation granting lesbian and gay couples the freedom to marry in New York State, LGBT rights continue to advance at a rate once unimaginable.

Depsite these victories, however, discrimination against LGBT individuals can hardly be dismissed as the remnant of a less enlightened era.  Perhaps nowhere is this reality more entrenched than in the experiences of gay and lesbian youth, particularly with respect to housing and economic support.  According to the National Network of Runaway and Youth services, anywhere between 20 and 40 percent of homeless youth are gay.  Not only are LGBT youth more likely than their heterosexual peers to enter the child welfare system, they are also far more likely to age out of foster care without finding an adoptive family.

Like their heterosexual peers, homeless LGBT youth regularly encounter barriers to free and appropriate education.  Not only must these students contend with harassment and discrimination due to their sexual orientation or gender identity, they also experience heightened obstacles to stable education once they leave their parents’ homes. Despite the existence of federal laws to protect their right to public education, homeless youth are routinely stymied by residency requirements, guardianship requirements, lack of transportation, and access to health and other records.  Such added factors as frequent school transfers, lack of quiet, safe places to study, and hunger can further hamper academic achievement.

As LGBT pride parades assemble and disband throughout the country, it’s easy to overlook the challenges faced by homeless youth amid the celebrations of their elders. While the federal government has begun to take account of these struggles, issuing an agency memo on the crisis facing gay teens in the child welfare system and introducing the Reconnecting Youth to Prevent Homelessness Act to strengthen family support for state wards, local school personnel remain an essential conduit to safety and stability.  Armed with an understanding of the law and appropriate resources, they can make the difference between pride and prejudice for LGBT youth.