A Heartbeat from Homelessness: Rising Rents in the Foreclosure Crisis 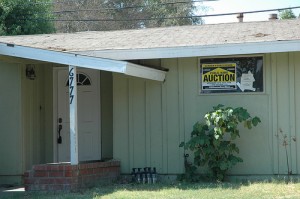 It’s disturbing that millions of people have lost their homes to foreclosure, but at least you’d think that foreclosures would mean more available, affordable homes for low-income renters on the verge of homelessness.  Sadly, you’d be wrong.  Renters lose in the foreclosure crisis too.

One article from Minnesota takes a hard look at the common misperception that foreclosures make renting more affordable.  The reality is that rental costs are increasing, even though the cost of buying a home is falling and banks are holding countless unoccupied and non-revenue producing homes that are costly to maintain.

In Minnesota, for example, statewide rents increased an inflation-adjusted 7 percent from 2000 to 2009 while the income of renters fell 21 percent.  That’s a one-fifth decrease in income.  What would you have to cut out of your budget to live on one-fifth less?  For Edward G. Robinson, the answer is food.  After rent and utilities, Robinson lives on $20 per month.  To get by, he eats at a Dorothy Day drop-in center.

Because most state laws allowed new owners of foreclosed properties to evict tenants with almost no notice, the Law Center worked to pass, and is now working to enforce, the Protecting Tenants at Foreclosure Act of 2009 (PTFA).  Among other protections, PTFA gives renters in foreclosed properties a minimum 90-day notice period during which to find new housing.  This notice is vital for low-income renters in this pricey rental market.  However, PTFA is scheduled to expire at the end of 2014, so the Law Center is working to make it permanent.  With no end to the foreclosure crisis in sight, this is a bad time for Congress to let PTFA expire.

The article also asks a valuable question that touches on a second common misperception: Why can’t almost-homeless people move in with friends or family?  The short answer is that anyone who can already is—but that’s not the point.

The point is that people who are doubled-up are still homeless.  In 2009, Congress officially changed the definition of homeless to include people who are doubled-up when it passed the HEARTH Act.  The Law Center actively advocated for the HEARTH Act so that the official definition of homelessness would reflect reality.  By defining doubled-up persons as homeless, the Act also makes essential housing assistance available to people who are doubled-up.  However, as of today, HUD—the agency responsible for implementing the Act—has not issued the regulations necessary to execute the Act.  Therefore, we are currently pressing HUD to ensure that it releases timely, much-needed regulations to implement the Act so we can match people without homes and homes without people.  After all, it’s been over two years, and a law without implementation is like 30 Rock without Tina Fey.  It just won’t get the job done.

At the Law Center we are working hard to ensure that low-income and homeless people are protected in this weak economy.  With your help, we can accomplish these goals and ensure that nobody in this country has to live without housing.

This entry was posted in Housing and tagged doubling up, foreclosure, HEARTH Act, homelessness, Housing, Minnesota. Bookmark the permalink.