Posted on August 24, 2011 by homelessnesslaw 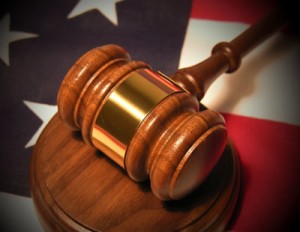 As I graduated from law school back in 2004, my women’s rights classes were abuzz with the preparations for the upcoming Supreme Court hearing of the Castle Rock v. Gonzales case. Little did I suspect that the case, which had been in the courts for five years already, would take another six years for some body of law to actually recognize the injustice that had been done to Jessica Lenahan (then Gonzales) and her family.

The case had its origins in Castle Rock, Colorado, in 1999, when Jessica Lenahan’s ex-husband abducted the couple’s three daughters, Leslie, Katheryn, and Rebecca. Despite a domestic violence restraining order limiting her husband’s access to her and her daughters, when Lenahan called the police repeatedly over several hours and went down to the police station, the police made no effort to locate the children or enforce Colorado’s mandatory arrest law. Shortly after midnight, Lenahan’s ex-husband got into a shoot out with the police, and after he was shot and killed, they found the three girls had been shot dead in the bed of his pickup truck. To this day, Lenahan has not been told definitively if it was her ex-husband or the police officer’s shots that killed them.

Lenahan sued the Castle Rock Police Department for failing to protect her daughters, particularly since she had a restraining order against her ex-husband that mandated the police to arrest him if he violated the order.  However, in 2005, the U.S. Supreme Court ruled that Lenahan did not have a constitutional right to protection, and that the police’s failure to enforce her protection order was not unconstitutional.

Lenahan and her team of intrepid lawyers at the ACLU, led by my friend Caroline Bettinger-López, did not take the Supreme Court’s “no” as the final word in the case. They filed a case with the Inter-American Commission on Human Rights, and brought Jessica to testify at the UN Human Rights Committee in Geneva, garnering international attention and condemnation.

Last week, Lenahan’s claim was finally validated with the recognition that although her constitutional rights may not have been violated, her human rights were. The Commission ruled that under the U.S.’s human rights obligations, it does have a duty to enforce protective orders to prevent domestic violence.  It also made several non-binding recommendations to the U.S. government including that full reparations should be given to Lenahan, and a new investigation should be opened into her daughters’ deaths and the police department’s failure to respond to Gonzales’s calls for help. The Commission further recommended that the U.S reform its laws to make protection order enforcement mandatory – with adequate resources to ensure proper implementation and training on these issues. This is a clear demonstration of why the human rights movement in the U.S. continues to grow, as the civil rights framework alone falls short.

The Commission’s ruling is not only a victory for Lenahan, but it also sets an important precedent for women’s rights more broadly. The Supreme Court’s 2005 decision left domestic violence victims without a judicial remedy to hold the police accountable if they fail to enforce protective orders. Similarly, domestic violence victims who live in federally subsidized housing have a theoretical right to protection from eviction or discrimination due to violence against them, but it is unclear at best if that right is enforceable in court, leaving many women to fend for themselves. The Commission’s decision affirmatively states that the U.S. does have a duty of due diligence to enforce laws protecting domestic violence victims, and now, with the reauthorization of the Violence Against Women Act pending, the Administration and Congress should take steps to ensure this affirmative duty and right to judicial remedy is recognized.

Although the Commission’s rulings are not enforceable, they serve as guideposts on our way toward a more humane future. In the end, we strive to uphold human rights in the U.S. because we believe as Americans that those living here deserve to be treated with respect for their full human dignity. Nothing can bring back Lenahan’s daughters. But hopefully in the 11 years that have passed since their deaths, the U.S. has learned from its mistakes, and Congress and the Administration will heed the Commission’s recommendations to prevent future tragedies from happening.