Posted on November 8, 2011 by homelessnesslaw 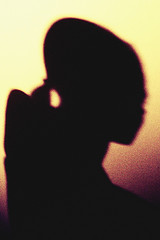 On October 28, I had the opportunity to participate in a groundbreaking meeting between U.N. officials; leaders of NGOs; and members of the U.S. State Department, Department of Justice (DOJ), and HUD to discuss the criminalization of homelessness and poverty and its human rights implications, as well as strategies for opposing such policies.

The meeting, organized by the Law Center, was in response to a U.N. report documenting how criminalization practices in the U.S. and other countries violate internationally recognized human rights standards.  As the Program for Human Rights and the Global Economy fall fellow at the Law Center, I was thrilled to take part in such an important meeting.

The criminalization report, presented to the U.N. in October, was written by the top U.N. expert on extreme poverty and human rights, Magdalena Sepulveda. In her report, Ms. Sepulveda identified four major human rights violations:

The purpose of the meeting was to address these concerns and brainstorm measures to combat the criminalization of homelessness, including recommendations from the rapporteur’s report.

As a newcomer to the field of human rights, the meeting gave me hope that international officials, federal government representatives, and NGOs can work collaboratively to combat human rights violations domestically. The diversity of voices in the room forced each participant to consider new perspectives on criminalization, and highlighted the distinct role each stakeholder can play in solving the problem. Discussed strategies included: increasing or decreasing HUD and DOJ funding to states and cities based on their treatment of homeless and low-income individuals; transferring foreclosed homes to community organizations, who could use them to house homeless and low-income individuals; reducing barriers to obtaining housing upon an individual’s release from prison; and the U.S. introducing a UN resolution declaring that the criminalization of homeless and poor people is contrary to human rights.

Simply discussing criminalization through a human rights prism was important; this meeting was an unprecedented interaction between U.S. officials, non-governmental representatives, and international experts and brought much-needed attention to domestic human rights issues.  The U.S. acknowledged that violations are occurring domestically and brainstormed ways to improve the situation.

The Law Center looks forward to continuing collaboration with the U.N., the federal government, and other NGOs in implementing strategies to eliminate criminalization policies and fight homelessness in the U.S. As my time at the Law Center draws to a close, I am encouraged that the U.S. is open to addressing its own human rights violations, and that the Law Center and other non-governmental organizations are insisting that the U.S. fulfill its obligations.  My experience at the Law Center has equipped me with invaluable strategies on advocating for domestic human rights that will surely be instrumental in my future social justice legal work.