Equity, Prosperity, and the American Identity 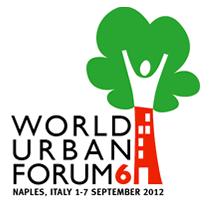 “People need to live somewhere, and in the absence of other shelter, that will be in public,” said Maria Foscarinis, speaking Monday on a panel discussing the inequities of access to housing and urban poverty. The founder and executive director of the National Law Center on Homelessness and Poverty spoke on the second of a series of panels leading up to the 6th Annual World Urban Forum in September.

The June 18th panel, entitled, “Equity and Prosperity: Distribution of Wealth and Opportunities,” opened with the moderator posing the question of why policymakers should be concerned with equality in the first place.

Foscarinis responded with a two-pronged answer: first, equality of opportunity is intrinsically “central to American identity,” and secondly, there is rational self-interest in addressing inequality. She explained that in times of great inequality, such as the present economic climate, extreme poverty becomes more visible and costly to taxpayers in the form  of  increased demand for emergency room care and police presence.

Foscarinis pointed out the difficultly of getting governments to commit to feasible long-term solutions to address homelessness. One major obstacle is the increasing trend since the Citizens United decision of money dictating political priorities, giving issues of poverty less consideration. In addition, she highlighted the increasing trend toward criminalizing of homelessness, an issue we recently discussed on this blog. She argued that these laws, meant to force homeless individuals out of public areas and reduce the visibility of poverty, cannot possibly serve as a long-term solution.

Feasible long-term solutions will involve government stimulus and other economic policies aimed to prevent homelessness and to rehabilitate homeless individuals, but such policies must have a “do no harm” approach, Foscarinis noted. To illustrate her point, she explained how the precipitous increase in criminalization laws has forced the Law Center to divert some of its resources that would normally be used to affect policy changes that alleviates homeless persons’ suffering.

Foscarinis concluded by addressing the need for domestic politics to once again “embrace the ideas of fairness, equality, and economic justice.” She argued that the U.S. political space is in need of a fundamental paradigm shift to one in which economic and civil rights are given equal consideration to the attributes of wealth. The recent foreclosure crisis has been devastating, she noted, but it also presents an opportunity for mass education and organizing so that there is a greater political presence and voice for individuals without homes. She expressed the hope that, someday soon, housing will be viewed as a human rights issue.