Number of Homeless Students Enrolled in Schools Exceeds One Million 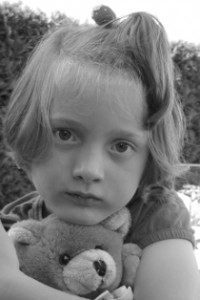 The official number of homeless students enrolled in public school has surpassed one million for the first time, the Department of Education reported yesterday. It counted 1,065,794 homeless students who were enrolled in U.S. preschools and K-12 schools in the 2010-2011 academic year—a 13 percent increase from the previous academic year. These numbers do not represent the overall number of homeless children, because it does not include homeless children who are not enrolled in public preschools or youths who have not been identified as homeless by school officials. However, they do reflect an overall trend of increased homelessness among individuals and families as a result of the weak economy of the past several years.

The McKinney-Vento Act protects the rights of homeless children to remain in school even if it is difficult or impossible to prove residency due to their housing status. Despite the requirement that all school districts have a homeless liaison to help students enroll and stay in school, many homeless individuals are not aware of the resources or are not given the correct information about their rights.

Even if homeless student are informed of their rights and are able to enroll in school, the disruptions to daily life and the challenges created by homelessness make it much more difficult to succeed in school, as highlighted by a recent congressional briefing discussed on this blog. Testimony from formerly homeless students confirmed that the status of being homeless hinders students’ abilities to complete schoolwork and stay motivated for education. Indeed, data from the report show that only about 50 percent of homeless students were able to meet or exceed standards on math and reading proficiency tests.

The Department of Education report also highlights the need to fund school system support services and other organizations that serve the needs of homeless individuals. The best option for helping youths stay in and do well in school is to ensure that they do not become homeless in the first place. But once homelessness occurs, students should be given more access to support systems that help them deal with the challenges of being homeless while in school. Getting an education is difficult enough without worrying where your next meal comes from or where you can take your next shower. We at the Law Center believe that no young person in school should have to be homeless, and that those students who are in fact homeless should not have to face that situation without support.

This entry was posted in Children & Youth and tagged children & youth, education, homelessness. Bookmark the permalink.