Posted on December 17, 2012 by homelessnesslaw

When the foreclosure crisis began in 2008, the national spotlight was on homeowners.  But research shows that 40 percent of families facing eviction due to foreclosures are renters.  And over the last three years, the total numbers of renters affected by foreclosures has tripled. 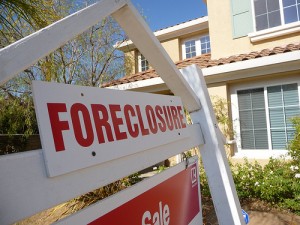 Before 2009, renters in foreclosed properties enjoyed no federal protections and state laws varied widely.  Under the laws of many states, even today, the lease agreement between a tenant and a defaulting landlord does not survive foreclosure and tenants who have done everything right, paid their rent on time, and complied with all of the terms of their leases can be legally evicted with little or no notice.

All that changed in May 2009, when, after months of advocacy by the Law Center, Congress passed the Protecting Tenants at Foreclosure Act (PTFA), guaranteeing renters in foreclosed properties at least 90 days’ notice prior to eviction or, in many cases, the right to remain in their home until the end of their lease. While the act was scheduled to sunset in 2010, the Law Center’s advocacy also led to its extension as part of the Dodd-Frank Wall Street Reform of July 2010.

Unfortunately, the law will still expire after 2014 if Congress fails to act.  The Law Center urges Members to act immediately to make PTFA permanent.  Already, the law has prevented millions of renters from eviction and homelessness—and with state laws still not going far enough, it’s incumbent upon the federal government to ensure families are protected.

Even if PTFA becomes permanent, though, our work will not be finished, because as our report released today demonstrates, efforts to improve oversight of PTFA’s implementation must be redoubled.  Violations of the law continue—and as the saying goes, a law is only as good as it is enforced.

Eviction (Without) Notice analyzes results from a nationwide survey of renters and advocates, showing that lack of communication between the new owner and the tenant is the most commonly reported problem.  These communication struggles are largely the fault of landlords whose identities and whereabouts may be unknown to renters as a result of the foreclosure. However, violations take a variety of forms and affect tenants in myriad ways.

After the federal government and state attorneys general signed the historic “National Mortgage Settlement” with the nation’s five largest loan servicers in February 2012, the Law Center conducted further advocacy with the U.S. Department of Housing and Urban Development to ensure PTFA is complied with as required under the settlement.  To ensure renters receive proper notice of their rights—thus preventing wrongful eviction—the Law Center maintains partnerships with direct service providers, the National Association of Realtors, Bank of America, and other lenders and agents.  It also works with federal regulatory agencies to ensure oversight of lenders’ practices. And in the last year, we made important strides in enforcing PTFA through the judicial system, filing amicus briefs in five critical cases in Arizona, California, Oklahoma, and Maryland addressing improper evictions.

The tragedy of violations of the Protecting Tenants at Foreclosure Act is made worse by the injustice of it. Renters are innocent bystanders caught in the crossfire of the foreclosure crisis, becoming vulnerable to homelessness through no fault of their own. Extending the Act’s protections beyond 2014 is not only critical to the housing stability of millions of Americans, but it’s also an important step toward protecting security of tenure as required by the human right to housing.