With the economic crisis driving severe increases in street homelessness in recent years, cities across the country have enacted laws restricting begging.  Designed to drive homeless and poor persons out of public spaces, especially downtown and tourist areas, these laws frequently violate homeless persons’ civil rights, are costly to enforce, and do nothing to address the root causes of homelessness and poverty.

Despite this, more and more cities are adopting this approach.  The city of Worcester, near Boston, recently enacted two such laws, including a “Pedestrian Safety Ordinance” that makes it illegal to stand on a median or step into the street to solicit money, and similar legislation has been proposed in Baltimore by Councilwoman Rochelle Spector.  Ocala, Florida recently passed a sweeping ban on “activities in the public rights of way along all major county roads” – a purposely broad definition meant to make the measure able to hold up against a court challenge.

But while these laws continue to proliferate, courts in a number of states have validated the concerns raised by the Law Center.

In August, a Michigan District Court held that a statute criminalizing begging in a public place denied homeless people equal protection of law and violated their First Amendment right to expressive conduct.  In March, a federal judge ruled that, while a State has an interest in promoting safety on busy roadways, a Utah statute was too sweeping because it applied to all roads—infringing on free speech more than necessary for public safety. 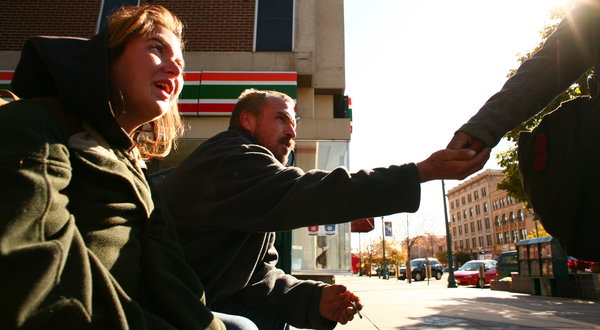 And in September, a superior court judge in California struck down an Arcata law banning non-aggressive panhandling within 20 feet of any retail store, intersection, parking lot, or bus stop (among other locations).  The court held that, apart from panhandling near enclosed ATMs and on public transit vehicles, the right to free speech outweighs the city’s interests.

We will continue to speak out against and challenge laws that criminalize homelessness in American cities.  It is incumbent upon all of us to restore human dignity to our communities while we work to help every citizen access the thing they most need: a place to call home.