Will Reducing SNAP Benefits Reduce the Number of Deadbeat Dads?

On last Tuesday night, Sean Hannity hosted a discussion about a “deadbeat dad” in Tennessee who had twenty-two children with fourteen different women. The man, Orlando Shaw, has not been able to pay child support, but insists that he loves his children. After showing a short interview with the man, Hannity stated that because of Shaw, the state was forced to pay Shaw’s child support, which Hannity described as “outrageous.” Hannity continued, “What if this is indicative of the decline in the American values system that helped make this the greatest nation on Earth?” David Webb, XM Patriot host and Bob Massi, a Fox News Legal Analyst, commented on Shaw’s situation. Webb declared, “Taxpayers should be pissed… the women should have kept their legs closed. This is a guy who has a criminal record so it’s going to be hard for him to get a job.” Webb mentioned the Senate’s Farm Bill, which would provide $100 billion of assistance over the next ten years, with the largest portion going toward SNAP benefits, and voiced his belief that SNAP benefits are “feeding this kind of irresponsibility.” 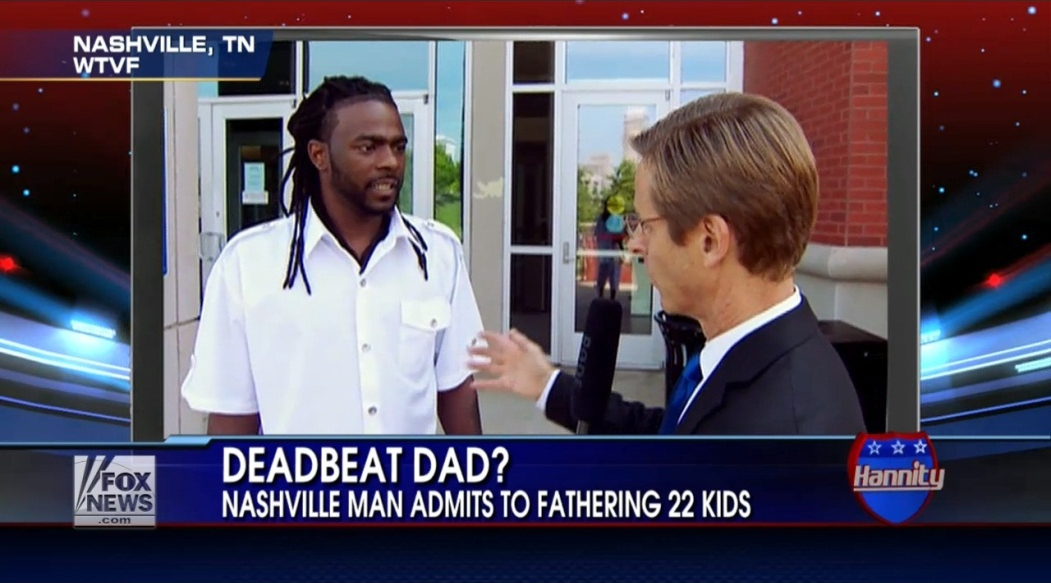 Hannity and Webb are not alone in believing that SNAP benefits should be reduced. The Senate version of the bill will cut $4.1 billion over the next 10 years. This will result in $90 less every month for 500,000 families who receive these benefits. Families who are already struggling will have to stretch their budgets even more, which makes it hard for these families to “lift themselves out of poverty” as Nick Hanaeur from the “State of the American Dream: Economic Policy and the Future of the Middle Class” hearing said last week. The House will be voting this week, and it is likely that 210,000 children will lose free school meals, and states will not have the funding to provide quality nutrition education to families who receive the benefits. Lastly, families who have managed to save as little as $2,001 will not receive benefits.

The question, then, is: is giving low-income families support actually hurting them by making them dependent? Center on Budget and Policy Priorities published a report in which the authors state: “History demonstrates that SNAP caseloads and expenditures fall after unemployment and poverty fall.” The economy is still recovering from the 2008 crisis, and many families are still working to break free of debt from that period. SNAP benefit cuts support them through these efforts. CBPP says that if no changes are made to SNAP policies, SNAP expenditures will decrease in the next two years.

Instead of blaming low-income families and individuals like Shaw for being poor, we should be implementing policies to allow them to be self-sustainable. This includes making jobs accessible to people with criminal histories who have paid their debt to society. Otherwise, the cycle of poverty only continues, and taxpayers continue paying for SNAP benefits.

2 Responses to Will Reducing SNAP Benefits Reduce the Number of Deadbeat Dads?