On June 20th, in a shocking defeat, the House of Representatives rejected the Farm Bill by a vote of 234-195. While the vote was a defeat for Republican supporters of the bill’s spending cuts, it was a pseudo-success for advocates of the Supplemental Nutrition Assistance Program (SNAP), which provides food stamps to millions of needy and hungry Americans. The House bill would have cut projected spending in farm and nutrition programs by nearly $40 billion over the next 10 years, with $20.5 billion being cut from SNAP. 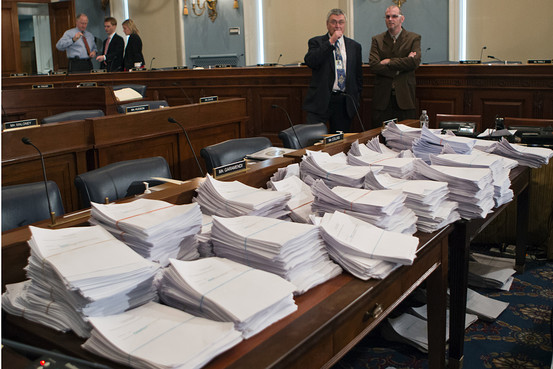 This May 15, 2013 file photo shows stacks of paperwork awaiting members of the House Agriculture Committee, on Capitol Hill in Washington, as it met to consider proposals to the 2013 Farm Bill. (AP Photo/J. Scott Applewhite, File)

The proposed cuts would have removed 2 million people, or 4% of recipients, from accessing SNAP benefits. Robert Greenstein, the president of the Center on Budget and Policy Priorities, explained that, “among those who would be harshly affected [by the cuts] are the 22 million low-income children — 10 million of whom now live below half of the poverty line — and the 9 million low-income elderly and disabled people who rely on SNAP assistance to try to get enough to eat.”

The failure of the bill demonstrates the severe pattern of partisanship that has developed in the house. Many House Republicans believed that the $20.5 billion cuts to SNAP were not deep enough (House cuts to SNAP were 5 times as much as the cuts in the Senate farm bill). In addition to calling for more severe cuts, House Republicans introduced amendments to the bill that would have drug-tested SNAP applicants and required SNAP recipients to meet federal welfare work requirements. In contrast, many Democrats opposed the cuts to the food stamp program, citing the millions of families who rely on food stamps to survive.

“The thought alone of cutting SNAP by twenty billion dollars is completely unconscionable, and I am pleased that the proposed cuts to SNAP were defeated,” said Rep. Donald Payne, Jr. (D-N.J.). “In the best nation on Earth, it is astonishing that millions of people, many of whom are children, still go hungry.” Payne explained that maintaining SNAP funding is the best way to boost growth in the currently weakened economy, and that cutting benefits from those who need them will only produce more poverty.

Currently, more than one in seven Americans receives SNAP benefits, and 76% of SNAP households include a child, elderly person, or disabled person. A record 23.1 million U.S. households received SNAP benefits in March. The proposed cuts to SNAP would have resulted in 210,000 children losing free school meals and states losing the funding to provide nutrition education to families receiving benefits. Before the vote, many Democrats argued that cutting SNAP would deprive children from low-income families of adequate nutrition. Sheila Jackson Lee, a Texas Democrat, said after the vote, “I am glad we stood up for children.” 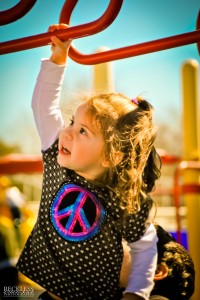 A recent report, the ‘Kids Count 2013 Databook’ released by the Annie E. Casey Foundation, found that since the recession, more children have been living in poverty longer. The report found that families living in poverty have increased from 2010 to 2011. Across the nation, the number of children living in families below the poverty line jumped from 15.7 million to 16.5 million. Patrick McCarthy, president of the Casey Foundation, explained, “We’re concerned about the long term impact of the recession. Research suggests that children who spend extended periods of time in poverty are more likely to drop out of school, become pregnant and are less likely to work. Over the long term, they have a tough time transitioning to adulthood.” The House bill’s proposed cuts to SNAP would exacerbate these problems by abandoning hundreds of thousands of children in poverty and leaving their families without the benefits they desperately need to survive. It is likely that this would leave more children unemployed and uneducated as McCarthy described.

The massive cuts to SNAP were not the only onerous aspect of the bill. Republicans pushed through an amendment by Rep. Steve Sutherland (R-FL) that toughened work requirements for SNAP recipients. Greenstein explained that Sutherland’s amendment violated “the most basic standards of human decency,” and made no effort, as other work requirements have in the past, to create employment opportunities for those who “want to work and would accept any job or work slot they could get, but cannot find jobs in a weak economy.” Furthermore, the amendment would have created incentives for states to keep people off SNAP benefits and enable use of half the savings on any programs they wanted, including tax cuts for the wealthy.

Rather than being cut, SNAP benefits need to be revamped to fit the current poverty trends post-recession. SNAP eligibility is limited to households with assets of no more than $2000. This means families who have managed to save as little as $2001 are cut off from benefits. The SNAP asset limit of $2000 has not been adjusted from inflation in 25 years. It has fallen by 48% in real terms since 1986. Efforts are needed to revamp the food stamp program in line with the current economic reality in the country. Failure to do so, let alone the enactment of massive cuts, condemns millions to a life of poverty.

Additionally, the House bill would have led some working-poor families to lose access to SNAP because they own a modest car, a necessity for commuting to work, especially in rural areas.  Many of these families would be forced to choose between owning a car and receiving assistance to feed their families. This is not a realistic choice for struggling families, and it demonstrates a major disconnect between lawmakers seeking to massively cut vital welfare programs and the working poor struggling to keep their families from drowning.

The failure of the House farm bill is a positive development in light of the devastating cuts it would have imposed on a program that millions of individuals and families rely on daily for survival. However, the current attack on poor Americans by members of the House is unconscionable. Those representatives’ efforts to leave millions of Americans hungry, including children and elderly persons, demonstrates a profound problem in our nation. We need national solutions to poverty, not punishments for impoverished families. It remains to be seen what will happen with the House farm bill, but cuts to food stamps are the last thing we need.

2 Responses to With Defeat of House Farm Bill, Devastating Cuts to SNAP Avoided