Last month, I wrote a blog post about the House of Representative’s failure to pass the Farm Bill. The rejection of the bill reflected House Republican’s dissatisfaction with the severity of proposed cuts to the food stamp program, or Subsidized Nutrition Assistance Program (SNAP). The Farm Bill has historically dealt with two major issues: subsidies to farmers and SNAP funding. While subsidies to farmers have increased, House Republicans have made an effort to curtail SNAP benefits. In fact, by rejecting the Farm Bill in June, Republicans demonstrated their belief that $20.5 billion in proposed cuts to SNAP was not deep enough.

On July 11th, House Republicans devised a way to push through farm subsidies while avoiding making a decision on SNAP, a program that 47 million Americans rely on for sustenance. Republicans stripped SNAP from the Farm Bill, marking the first time that food stamps have not been part of the Farm Bill since 1973 and ending the uneasy but expedient coalition whereby “farm-state lawmakers went along with food stamps to keep the crop subsidies flowing [and] urban lawmakers did the reverse.” The future of SNAP is now perilously uncertain, as a future House bill focusing solely on SNAP will likely include even more massive spending cuts that deny life-sustaining benefits to millions of Americans, including families with young children. 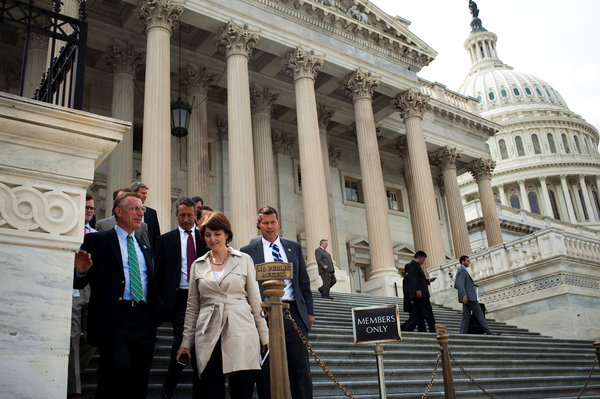 This recent development regarding SNAP demonstrates the attack being waged against poor Americans, as well as Republicans’ belief that benefits like SNAP encourage laziness and pay poor people not to work. In fact, this couldn’t be further from the truth. According to the Center on Budget and Policy Priorities, 58% of households receiving SNAP benefits have at least one working adult, and that percentage increases to 62% for households with children. In reality, the growing percentage of people on SNAP is more a reflection of the decline and stagnation in wages, a lack of decently paying jobs, and a widespread unavailability of affordable housing, rather than an example of government handouts gone awry.

A recently released PBS documentary, Two American Families, reveals the problems faced by working poor families. The 2008 recession hit many middle-class families extremely hard, such as the film’s Neumanns and Stanleys, who struggle to keep themselves afloat. When the breadwinner of a family like the Neumanns or Stanleys loses their job, they are forced to turn to SNAP or starve. In the Neumanns’ case, even when both parents worked, wages were so low that they had to rely on government benefits. As the Center on Budget and Policy Priorities has documented, the number of SNAP households that are employed but still need government benefits to feed themselves tripled from 2000 to 2011.

SNAP has proven to be one of the most effective anti-poverty programs ever devised and yet, Republicans continue to demonize its recipients. Timothy Noah, author of The Great Divergence, recently explained at an Oxfam America event on growing poverty that food stamps used to be the most uncontroversial welfare program in the U.S. Conservatives, however, have begun to show the same disdain towards the large population of working poor Americans that they have traditionally shown towards the not-working poor. While conservatives used to make the harsh and untrue claim that there existed “deserving” (i.e. working) poor and “undeserving” (i.e. not-working) poor, they now seem to believe that even the working poor don’t deserve benefits like SNAP, or rather, the right to eat. This is all to say nothing about the fact that 49% of SNAP recipients are children.

Paul Krugman summed up the conservative position towards SNAP in a recent column when he commented, “If you’re an American, and you’re down on your luck, these people don’t want to help; they want to give you an extra kick. I don’t fully understand it, but it’s a terrible thing to behold.”

The future for SNAP does not look good, at least not with the current Republican majority in the house. SNAP recipients currently receive a dismal $134 a month, an amount which is likely to be cut if House Republicans have anything to say about it. It is also likely that any future bill on food stamps will contain harmful amendments, such as the one introduced by Rep. Steve Sutherland (R-FL) in the original Farm Bill, that allows states to cut off benefits and use half the money saved to spend on anything else- tax breaks, subsidies, etc., if SNAP recipients fail to abide by the work requirement. Yet, as Robert Greenstein of the Center for Budget and Policy Priorities explained last month, “There is a bright yellow line down the middle of the road between:  1) requiring people to try to find jobs, to take jobs that are offered, and not to quit jobs, and 2) denying benefits to people who do everything they can to get jobs but can’t find them and aren’t ever offered a work program or job training slot.  The former is reasonable.  The latter is not, and it should offend anyone with a sense of fairness and compassion.”

There are many statistics that demonstrate the necessity and effectiveness of the food stamp program. The accuracy rate of SNAP, 96.2%, is higher than most other major benefit programs, and two-thirds of payment errors result from caseworker, not recipient errors. SNAP benefits are insufficient; 90% of SNAP benefits are redeemed by the third week of the month. And as I mentioned in my last blog post on the Farm Bill, the SNAP asset limit of $2000 has not been adjusted for inflation in 25 years; it has fallen by 48% in real terms since 1986.

We need a fundamental reordering of our nation’s priorities, especially if the definition of responsible lawmaking has become subsidizing big agribusiness while giving the most vulnerable Americans the cold shoulder.

One Response to Farm Bill Passed Without SNAP