Yesterday was a day I believed would come for human rights, but now that it’s happened, it’s still hard to believe.

I was asked by the Department of Justice Civil Rights Division to come to a meeting they were hosting together with the DOJ Office of Violence Against Women, to be on a panel with the U.S. Interagency Council on Homelessness (USICH), to talk about the model of domestic human rights implementation we’ve created with them, to an audience of four dozen DOJ, Education, Health & Human Services, and other government attorneys. 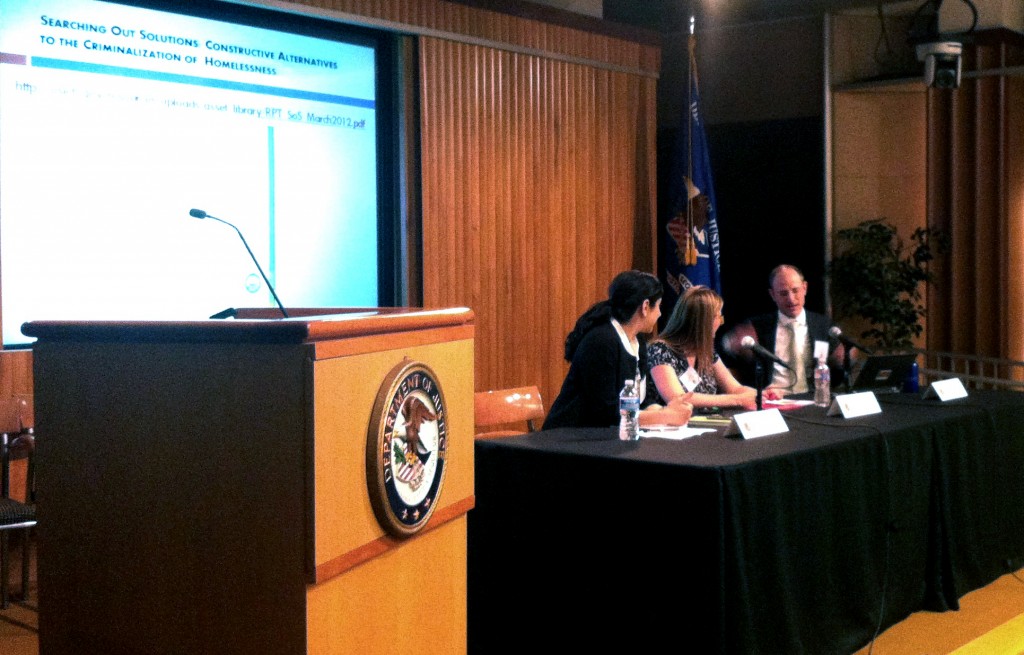 Each one of these steps has been a milestone, strategically planned, years in the making:

Following our presentation, all the agency staff in the room enthusiastically brainstormed brilliant ways they could implement human rights in their branches, acknowledging a point we’ve been making all along: human rights standards are not something foreign to be feared, but by internalizing them as part of our domestic policy we can help these agencies do the work they want to do, even better.

As part of the US Human Rights Network and the Human Rights at Home Campaign, we’ve been advocating for this kind of change for years because we know we’re working not just on human rights for homeless people, but for all people, and that by creating this model, we can help lift the performance of all government agencies to one that includes accountability to human rights standards.

We’ve believed this day would come, even when the odds seemed long. Now were seeing the beginning of our success, but I truly believe the best is yet to come!

For the USICH perspective on the day, emphasizing the benefits to their agency of using human rights, click here.

One Response to Believing the Unbelievable: Sharing a Model for Domestic Human Rights Implementation