Posted on May 7, 2014 by homelessnesslaw 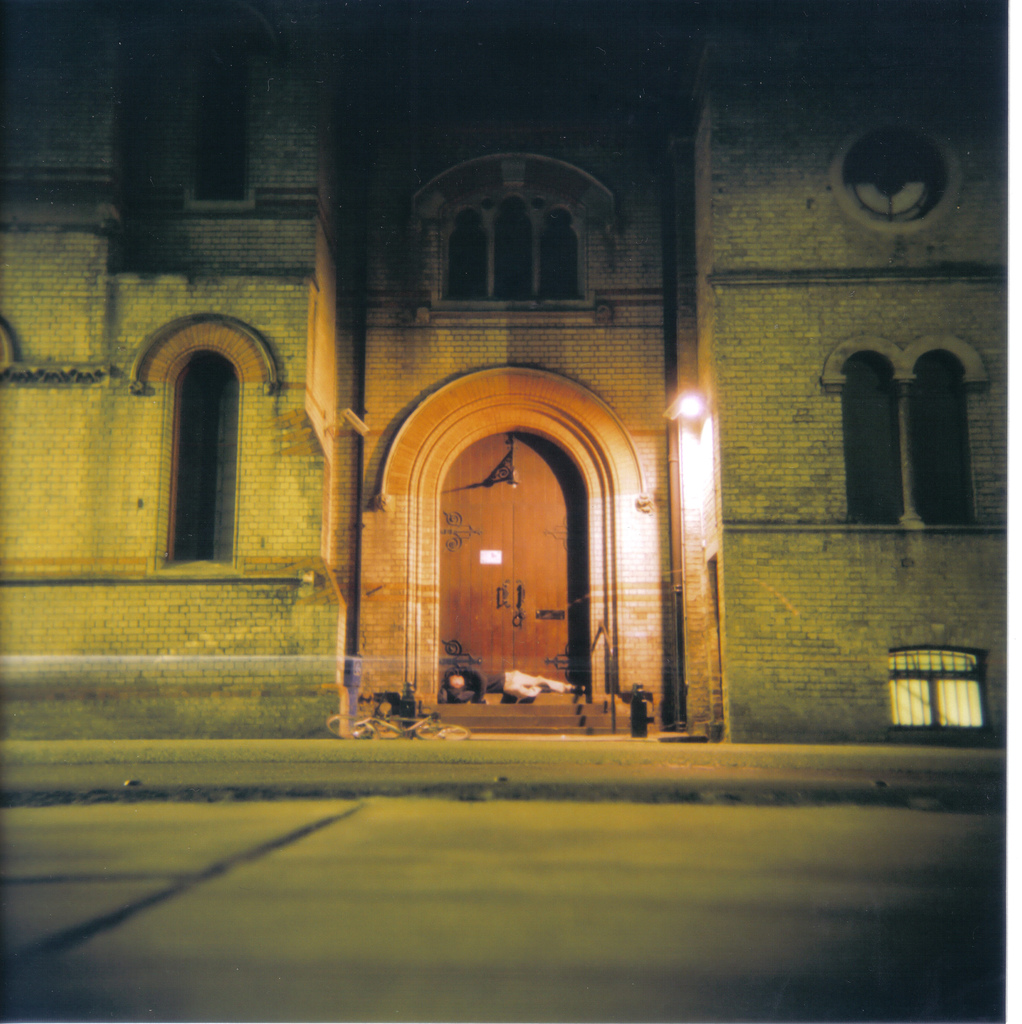 This is part three of our Countering Criminalization blog series, examining Constitutional Challenges and Constructive Alternatives to the criminalization of homelessness.

Caring for people in need is a core element of many people’s religious beliefs. Some religious organizations may express this belief by allowing homeless people who live outdoors to camp on their property, or sleep on their sidewalks, to give them a place to rest without fear of harassment.

In many cities, however, homeless people are fined and even arrested for sitting or lying down in public spaces, despite having no other place to perform these basic activities. A 2011 survey by the Law Center, which reviewed laws in 234 U.S. cities and surveyed 154 service providers, advocates, and people experiencing homelessness in 26 states, found that half of the cities prohibit sleeping or camping in particular public places, and a quarter have city-wide prohibitions on sleeping or camping. The result of these bans is that more than half of the individuals surveyed reported having been arrested or cited for camping or sleeping in public.

When they interfere with a religious organization’s ability to care for those in need, the local laws and ordinances which criminalize these activities unconstitutionally violate the free exercise of religion protections of the First Amendment.

In the 2002 case Fifth Avenue Presbyterian Church v. The City of New York, a federal court ruled that the city could not enforce its ordinance prohibiting homeless people from sleeping on the church steps, because making this space available for homeless people was an expression of a sincerely held religious belief by the church.

Laws that make it illegal to perform basic life actions in public spaces do nothing to address the true causes of homelessness. And, in the case of restricting people sleeping on church sidewalk, these laws also violate people’s First Amendment right to the free exercise of religion. The criminalization of homelessness is ineffective and unconstitutional public policy.

One Response to Countering Criminalization: Constitutional Challenges Under the First Amendment – Free Exercise of Religion