Posted on May 9, 2014 by homelessnesslaw 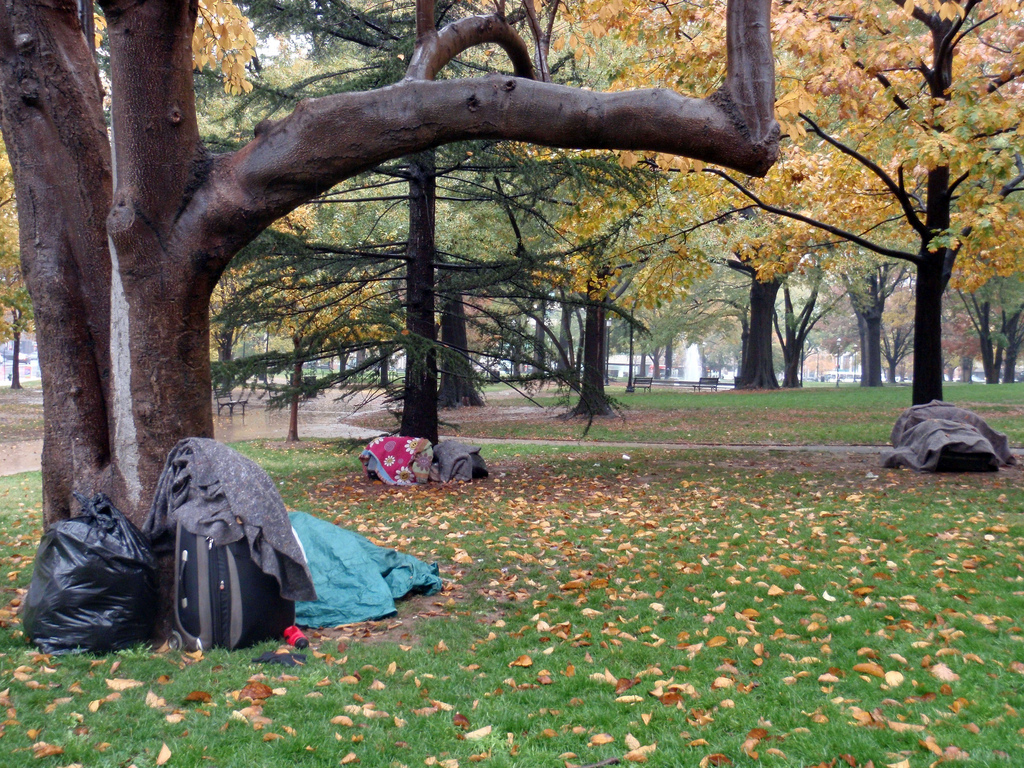 This is the part four of our Countering Criminalization blog series, examining Constitutional Challenges and Constructive Alternatives to the criminalization of homelessness.

One of the basic rights that Americans enjoy every day is security against unreasonable searches and seizures. We know that our belongings – clothing, family photos, food, important personal documents, medicine, and all of our other possessions – are not under threat of being confiscated or thrown away by others. But for people experiencing homelessness and living outdoors, this security is often threatened.

Without a private place to keep personal belongings, homeless persons may have nowhere to store items like extra clothing, food, medicine, and paperwork, except in public. However, many cities have passed laws that prohibit storing personal belongings in public places. This leaves homeless people vulnerable to having their possessions confiscated or thrown away by police or city authorities, especially during sweeps and “clean ups”.

However, enforcing laws that prohibit storing personal property in public or other outdoor places unconstitutionally violates the search and seizure protections of the Fourth Amendment.  In the case Pottinger v. City of Miami, a Florida federal court barred the city’s policy of confiscating and destroying the belongings of homeless people, because the plaintiffs exhibited a reasonable expectation of privacy in their belongings, by placing them against an object, covering them, or designating a person to watch them in parks or other areas where individuals reside.

The Fourth Amendment protects the right of people to be secure from unreasonable searches and seizures, including the members of our communities who are homeless and must store their belongings in public places.