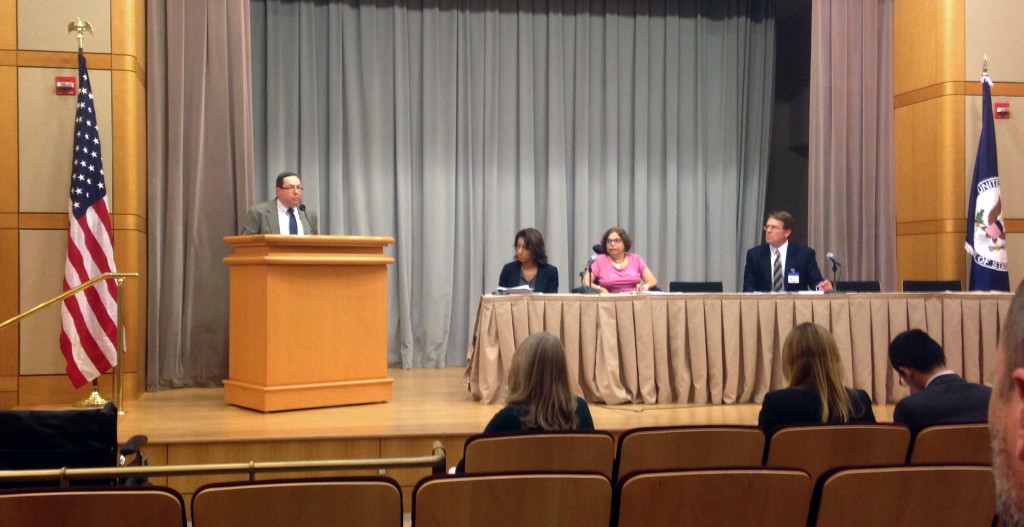 As a Herman Schwartz Israel Human Rights Law Fellow at American University’s Washington College of Law, I have had the privilege this past year to experience American life on the inside, but as an outsider. I call it a privilege because although my perspective is full of cultural and historical blind spots, and even when on many occasions I cannot understand subtle nuances, I feel that this position is also my biggest advantage. It enables me to think about issues that occupy Americans’ attention from a unique point of view. Indeed, sometimes this alien-like consciousness makes me much more critical toward U.S policies. But often times it actually makes me much more accepting and I am impressed by some of the progressive changes the U.S. is going through.

This dual set of viewpoints was emphasized when I attended the 2014 U.S. government human rights consultation sessions with civil society at the Department of State as part of my internship at the National Law Center on Homelessness & Poverty. These consultations were held due to the forthcoming reviews by the U.N. Committee on the Elimination of Racial Discrimination and Human Rights Council. Sitting in the auditorium for the first couple of hours, I began envying Americans for their federal government. It left a good impression on me when representatives from the United States Department of Housing and Urban Development (HUD) attended the Law Center’s presentation on criminalization of homelessness as a practice that violates human rights and listened to recommendations directed to them. How wonderful, I thought to myself, that the executive authority of this country acknowledges the important work NGOs do and wants to consult with advocates on how to implement U.S. obligations under international human rights covenants. I could only wish that this kind of process would someday be held in my home country, Israel.

Although the U.S government should be commended for taking these positive steps, after a while I started to think, “what if this consultation session is nothing but a show?” Perhaps it is just a strategy in which, by taking technical measures like consultations, the government makes us believe it is committed to human rights; when in practice, where policies and order of priorities need to be changed, when resources need to be reallocated in order to remedy human rights violations – the government stays resolutely in its old position. It was very disappointing, for example, when it was HUD’s turn to give a response to the Law Center’s presentation. Rather than giving a responsive answer to the presentation and properly addressing the recommendations, HUD’s delegates presented, so it seemed, prepared-in-advanced bullet points that failed in any way to address the advocates’ concerns, and merely stated recent agency accomplishments.

After debating with myself about which of those two conflicting points of view is the right one, I believe the truth lies somewhere in the middle. I did get the feeling that most, if not all, of the delegates were honest and genuine when they expressed their commitment to human rights. And I also understand that this is a long educational process on human rights for the domestic government agencies in which the consultation sessions are a (small) step forward. Nevertheless, for this country to truly be the “shining city on a hill” example of human rights it claims to be, it must demonstrate responsiveness to consultations like these in both word (by actually responding to the questions posed) and deed (by changing its policies to reflect its human rights obligations).

I hope the State Department and the relevant agencies like HUD will continue to work with the Law Center to positively build upon this step toward a more responsive dialogue and future where human rights are more than words on paper in Geneva, but a part of the fabric of domestic American policy. And I hope I can take the best of these practices, and both my optimism and critiques, home with me when I return to Israel this fall.

This entry was posted in Human Rights. Bookmark the permalink.